Warning: Use of undefined constant wp_cumulus_widget - assumed 'wp_cumulus_widget' (this will throw an Error in a future version of PHP) in /home/customer/www/whatifpost.com/public_html/wp-content/plugins/wp-cumulus/wp-cumulus.php on line 375
 Here’s how the Senate bill hurts older Americans (and a theory on why GOP senators are ok with that)
≡ Menu 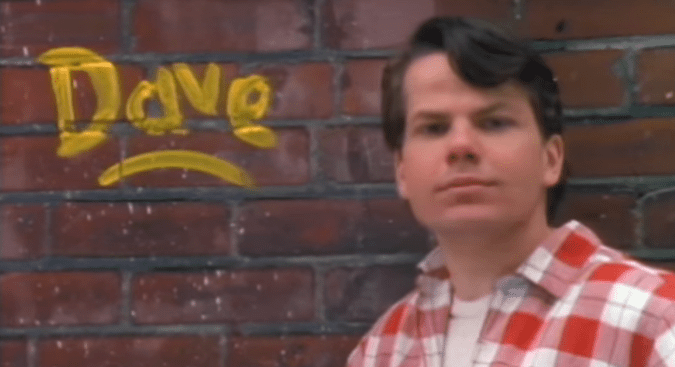 One of the Dave’s I know is an older American who could see his premiums skyrocket thanks to the GOP health plan.

The Congressional Budget Office released its score of the Senate health bill yesterday, and as I read it, I kept thinking back to a comment we received earlier this year, from a reader named Dave.

In March of 2016, Dave lost his job and with it his health coverage; he later found another much lower paying job without benefits (“hey I’m 63, glad to be working at all,” he writes); he bought coverage through the marketplace, where he says that Obamacare’s advanced tax credits “reduced my monthly premiums substantially.”So at first this sounded like was an “Obamacare is working great” story. However, when he did his 2016 taxes, it looked like an end-of-year bonus would push his total income above the cutoff to qualify for the ACA’s tax credits and he’d have to pay them all back. Understandably, he wasn’t happy:

This arbitrary number seems crazy, you go 1 dollar over it and owe thousands back to the IRS. Instead of some kind of sliding scale where if you go above certain limits you start losing the advanced credits but not owe a huge chunk for exceeding by a few dollars. The idiots that wrote and approved this plan, our representatives, OBVIOUSLY didn’t consider the poor schlub middle-class guy with a family of 4 paying 2 college tuition bills, food, mortgage and every other everyday bill, somehow cannot afford a 1700 health insurance bill while earning a certain amount, but go over that amount by a dollar and now he can afford it???, Frigging’ insanity, can’t wait for Trump and the Republican congress to replace this disastrous govt run nightmare.

Now, for most people, the Affordable Care Act does mean affordable premiums. The law’s tax credits lower premiums for people making less than 400% of the poverty line; and if you’re a younger person (i.e. under 40) making more than that, your premiums will still be affordable, because insurance companies charge young people less. But if you’re an older person and your income is too high to qualify for tax credits? You could end up paying more than 25% of your income for health insurance.

This is one of the Affordable Care Act’s biggest flaws, and Dave is right that Congress should fix it. But here’s the thing: the health plan that Trump and the Republican Congress are trying to pass would make things much, much worse.

Now let’s say his work bonus bumps their income up to $97,500. If Dave and his wife were both in their twenties, that same plan would jump to about $972/month (that’s on average– the exact amount would depend on where they live). Maybe not ideal, but definitely still manageable. But for Dave and his wife who are 63, that same silver plan they got for $785 before his bonus, would now cost about $2,000/month ($24,295 per year).

Under the BCRA (the Senate health bill)

So obviously that’s not great for Dave, but the Senate’s health bill makes everything much, much worse.

For starters, the ACA lets insurers charge older people three times as much as younger people; under the Senate bill that ratio would now be 5:1. With his bonus, if Dave were making $97,500 per year, his premiums for that same plan would now be $3,374/month ($40,492 per year)– that’s 41% of his income.

Let’s say he doesn’t get the bonus, putting him below the 400% cap– would he be in better shape? Nope. The Senate bill also lowers the cutoffs for subsidies to 350% of the poverty line, so unless his income dropped below $86,100 he’d still be paying over $40k per year for health coverage.

What all that means is that even if Dave’s income were low enough to qualify for subsidies, in every county in America (except for one or two in Ohio) his premiums for the same plan would be higher than they were before the ACA– about twice as high (or $9,000 per year more) on average.

It’s hard to say why exactly Republicans would draft a bill that intentionally makes older people so much worse off– especially since older people make up most of their base. We have a theory though.

Supposedly the insurance industry had a lot of input in drafting the Senate bill (we can’t say for sure, since there were no public hearings). Since Obamacare took effect, one of the big complaints from insurers has been that too few young, healthy people were signing up for coverage, which (1) means premiums are higher than they expected; and (2) they’re making less money than they expected.

There are a few ways to encourage young, healthy people to sign up:

That first one– strengthening the individual mandate– of course, off the table for Republicans. Numbers 2 and 3 are off the table because they cost money. One of the top priorities for Republicans in repealing the ACA is eliminating its taxes, which fall on the wealthy, large employers, and insurance, medical device, and drug companies. That means there’s no money to spend on extra subsidies– in fact the Senate bill cuts $408 billion from the ACA’s existing subsidies. Which leaves #4.

On top of a younger, cheaper-to-cover insurance market, insurers get a $144 billion tax cut, from the bill’s repeal of the ACA’s taxes on insurers; the bill repeals a tax on insurance company CEO’s; and it lets states set the medical loss ratio for insurers (The medical loss ratio is the percentage of revenue insurers have to spend on actual care. The ACA says that insurers have to spend at least 80% on care; states may set that much lower, which would free up more money for CEO salaries, profits for shareholders, etc.) Insurers might have worried that the elimination of the individual mandate in 2018 would have sent young, healthy people out of the market, but the bill includes $50 billion in short-term funding. That’ll cover their losses in the short term from young people leaving when the individual mandate is repealed, and in the long term they’ll be able to get more young people by changing the rules to push old folks out.

An easy way to actually help people like Dave

One of the most cynical parts of the Senate health plan, is the bait and switch: Republicans used the very real problem of high premiums for people like Dave– older Americans who don’t qualify for tax credits to attack the ACA. Then they released a bill that would make things even worse.

But there’s a simple solution– eliminate the ACA’s 400% cut-offs and say that no American will pay more than 10% of their income for a health plan. Six Senate Democrats have released a bill that would do just that. If Republicans are serious about bringing down premiums without screwing over older people, they should join Democrats in passing it. Do it for all of the Dave’s I know out there.

Next post: The Senate health bill is terrible for women who want to have children. And women who don’t.

Previous post: Almost every point in PA Senator Pat Toomey’s defense of the Senate bill was wrong or misleading