Warning: Use of undefined constant wp_cumulus_widget - assumed 'wp_cumulus_widget' (this will throw an Error in a future version of PHP) in /home/customer/www/whatifpost.com/public_html/wp-content/plugins/wp-cumulus/wp-cumulus.php on line 375
 Happy Thanksgiving!!
≡ Menu 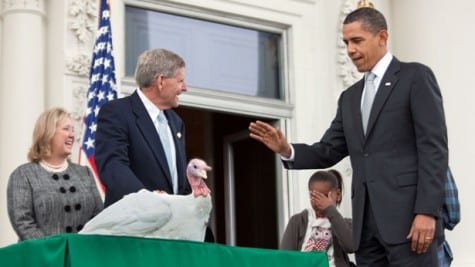 In a special Thanksgiving edition of health snapshots: how to use economics to keep from overeating, reasons to be thankful for “Obamacare,” the truth about whether eating turkey makes you sleepy, and more!

Yet another thing that’s more popular than Congress

Thanksgiving dinner, unsurprisingly, has a much higher approval rating than Congress. We’ll add it to the list: 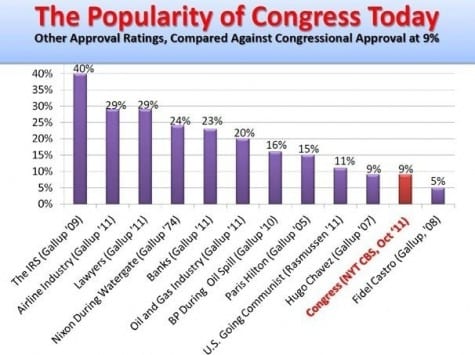 The economics of Thanksgiving

The Washington Post’s Ezra Klein talks to an expert in behavioral economics, who suggests taking advantage of our “predictable irrationalities” to keep from overeating this holiday:

I asked Ariely how he would set up his Thanksgiving feast to limit overeating without having to exercise self-control. His answer was to construct the “architecture” of the meal beforehand. Create conditions that guide people toward good choices, or even use their irrationality to your benefit.

”Move to chopsticks!” he exclaimed, making bites smaller and harder to take. If the chopsticks are a bit extreme, smaller plates and utensils might work the same way. Study after study shows that people eat more when they have more in front of them. It’s one of our predictable irrationalities: We judge portions by how much is left rather than how full we feel. Smaller portions lead us to eat less, even if we can refill the plate.

How to talk about “Obamacare” over Thanksgiving dinner

This will be the second Thanksgiving since health reform was passed, but it’s no less controversial than last year– which means that if your post-dinner conversation turns towards politics, “Obamacare” is bound to come up. Luckily, Families USA has some suggestions for talking to conservative (or simply misinformed) relatives. Here’s one example:

Grandma, 77, on Medicare: “Well, I got some free tests and a big break on my drug costs this year. I want to keep these benefits.”

Your grandmother is talking about some of health reform’s improvements to Medicare. The new law added free preventive services to Medicare, and it is gradually closing the drug coverage gap, or “doughnut hole.” About 4 million seniors fall into the doughnut hole each year. Before health reform, that meant that, for a period of time, they had to pay all their drug costs. With health reform, the coverage gap is gradually being eliminated, and people who fall into the gap will get increasingly larger discounts on their prescriptions.

What to tell your grandmother: If you want to keep these benefits, make sure that come next November, you don’t vote for anyone who wants to repeal health reform or who plans to stand in the way of full implementation.

And when you’re reflecting on things you’re thankful for, maybe give a shout out to health reform. If you need some help remembering all the reasons to give thanks, the folks at ThanksObamacare.org have a list of the top ten. Here are some of the best:

Those are just a few. Check out ThanksObamaCare.org for the full list.

What will happen to Peace and Liberty?

Technically it’s not a health care issue (well… maybe it is for the bird), but in one of America’s goofier traditions, each year the President of the United States formally pardons one lucky Thanksgiving turkey (this year it’ll be two: Peace and Liberty). Orion Magazine’s Michael Branch looks into where this tradition came from and what happens to the pardoned turkey.

BREAKING NEWS UPDATE: This year, instead of heading to Disneyland, the two pardoned birds will be given their freedom at George Washington’s Mount Vernon Estate.

Does turkey make you drowsy?

The truth is, turkey is not to blame for your sleepiness.  Chicken and ground beef contain almost the same amount of tryptophan as turkey — about 350 milligrams per 4 ounce serving.  While you might have heard someone claim that turkey made them drowsy, you have probably never heard someone say that chicken, ground beef, or any other meat made them sleepy. Swiss cheese and pork actually contain more tryptophan per gram than turkey, and yet the American classic, a ham and cheese sandwich, somehow escapes blame.

That’s it for our Thanksgiving edition of Health Snapshots– we’ll be back next week. Hope you have a great holiday!

Next post: Is there a single-payer “bomb” in the health reform law?