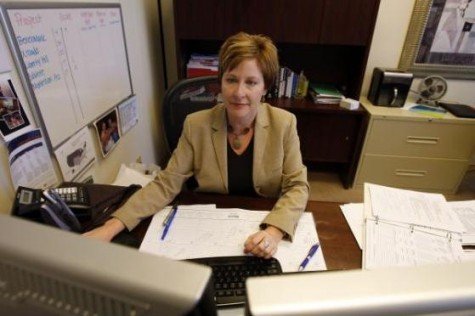 In our coverage of how health reform will affect small business, we forgot to mention one provision that was at the center of a heated debate in Congress last week: a new tax reporting requirement for businesses.

And it’s more interesting than it sounds… really.

What is it?
Currently, businesses have had to report any payments over $600 they make to independent contractors by filing a 1099 form.  The IRS then uses that information to determine whether contractors are accurately reporting their income on their tax returns.

The problem is that a lot of transactions are exempt from the reporting requirement, specifically:

Contractors are still expected to pay taxes on that income, but without the 1099 forms, the IRS has no way of knowing how much money those sales generated.  Many contractors don’t report that income to avoid the taxes.  The Government Accountability Office, IRS, and Treasury Departments under both Bush and Obama recommended strengthening the reporting requirement.

And so, to help pay for the new health law, there’s a provision saying that businesses have to file a 1099 form for anyone to whom they pay $600 or more for goods and services.  This one rule change is expected to help raise $17.1 billion over the next ten years.

However, according to representative Scott Murphy (D-NY), who has led efforts to change the provision:

“This 1099 reporting was a well-intentioned provision to try to catch people who were cheating on their taxes. But it has some unintended consequences and could be a huge hassle for a lot of small businesses.”

What’s the problem?
The problem is paperwork:

Under the law, businesses will be required to report purchases of items like office equipment, food and bottled water, gasoline, lumber and plumbing supplies if payments to any vendor in the course of a year total at least $600. They will, in many cases, also have to report payments for things like travel and telephone and Internet service.

Businesses will also have to send copies of the [1099] form to their vendors, suppliers and contractors.

Businesses, and particularly small businesses, say that tracking all these additional expenditures would be a huge burden, requiring a mountain of paperwork.

What to do?
The Obama administration has urged Senators to scale back the reporting requirement:

“We are committed to reducing the gap between taxes legally owed and taxes paid,” Treasury Secretary Timothy Geithner and Health and Human Services Secretary Kathleen Sebelius wrote in a letter to Majority Leader Harry Reid and Minority Leader Mitch McConnell Monday. “However, the administration believes that the burden created on businesses by the new information reporting requirement on purchases of goods that exceed $600… is too great.”

Last week, there were two amendments on the table in the Senate to fix the reporting requirement:

The Nelson Amendment
Doesn’t totally eliminate the reporting requirement.  However:

The Johanns Amendment:
The new reporting requirement would be totally eliminated, which sounds fine… until you look at how it would make up for the $17 billion dollars:

1. Eliminate Preventative Health Funding.
The Affordable Care Act established a $15 billion Prevention and Public Health Fund that would pay for things like testing new approaches to prevention and wellness; responding to outbreaks of infectious diseases; and community-based initiatives to prevent obesity, reduce tobacco use, and promote better health. According to the Center for Budget and Policy Priorities:

The Johanns amendment would eliminate all funding for the Prevention and Public Health Fund for fiscal years 2010-2017, taking away investments that could help reduce the incidence of chronic illness and infectious disease, improve overall health, and contain costs.

But that’s not all.

Eliminating all funding for preventative health would only account for $15 billion of the $17 billion the new reporting requirement was expected to raise.  To make up the difference the amendment would also…

2. Weaken the individual mandate
Right now the Affordable Care Act says that if all the insurance choices on the exchange would cost more than 8% of your income, you’re exempt from the individual mandate.  Johanns’ Amendment would reduce that to 5%.  This would save the government money:  fewer people would receive federal subsidies, instead they’d simply not purchase insurance.  Again, it sounds like a win for consumers– the individual mandate was one of the least popular parts of health reform.

The problem (and the reason there’s an individual mandate in the first place) is that generally only healthy people choose not to buy insurance.  Unfortunately that leaves a much sicker pool of people in the exchange, which means premiums would go up.

The Center for Budget and Policy Priorities looked into it:

The Congressional Budget Office and the Joint Committee on Taxation analyzed an earlier proposal to reduce the threshold from 8 percent to 5 percent and found it would increase the number of uninsured people by about 2 million (relative to what would occur with an 8 percent threshold) and increase premiums for coverage offered through the new health insurance exchanges by as much as 4 percent.

In addition, the increase in the number of people without coverage would push up uncompensated care costs that are borne by safety net hospitals, other health care providers, and state and local governments.

To summarize: on the one hand you have Sen. Nelson’s proposal which will exempt 90% of businesses from the reporting requirement, and would be paid for with a tax on giant oil companies.  On the other hand was Sen. Johanns’ amendment that would eliminate the reporting requirement by gutting funding for things like HIV screening, flu shots, protection from outbreaks of infectious disease, and wellness programs AND it would raise health care costs.

Which Amendment won?
Thanks to the dysfunctional rules in the Senate, both amendments failed to pass.  Nelson’s amendment got a majority, with 56 votes (all Democrats).  But unfortunately, it didn’t get the 60 votes needed to overcome the ever present Republican filibuster.  Johanns amendment only got 46 votes, with seven Democrats joining 39 Republicans.

There are already new proposals in the House to reform the reporting requirement, basically by taxing hedge fund managers the same as everyone else (a lot of their income comes from something called carried interest, which is untaxed). Republicans are also likely to oppose that amendment as well.

Meanwhile, the Johanns amendment was probably just a foreshadowing of future Congressional battles.  Republicans threaten to defund health reform if they take back the House this fall.

Next post: Will health reform bend the cost curve down?