Warning: Use of undefined constant wp_cumulus_widget - assumed 'wp_cumulus_widget' (this will throw an Error in a future version of PHP) in /home/customer/www/whatifpost.com/public_html/wp-content/plugins/wp-cumulus/wp-cumulus.php on line 375
 Health reform and autism
≡ Menu 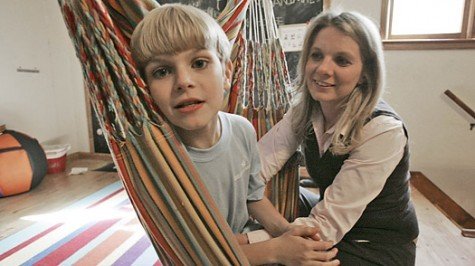 ABA involves teaching autistic individuals how to perform simple tasks through constant repetition.  Specialists say it’s one of the best hopes an autistic child has of living a normal life, but it’s expensive, with costs ranging anywhere from $30,000 to $100,000 per year.  In the year since our post, four more states have passed laws requiring coverage for ABA.  However in February, Virginia’s House of Representatives voted down a measure that would have compelled insurers to cover ABA.

Meanwhile, purchasing health insurance on the individual market can be extremely expensive, if not impossible, with a pre-existing condition that falls under the autism spectrum.

But all of this was before the Patient Protection and Affordable Care Act was passed by Congress.  Now that health reform is law, how will it affect children and adults with autism? The American Autism Society points to a number of provisions that should help people with autism:

Coverage of behavior health treatments like ABA will be a big help for families with autistic children, but we should point out that the requirement only applies to plans offered on the insurance exchanges (plans for individuals and small businesses).  Plans offered by large employers will not be required to cover ABA or autism treatments, unless they operate in a state that requires it.  Most Americans under the age of 65 get their insurance through these large employers.

Still autism advocacy groups see health reform as a victory.  The group Autism Speaks, who worked with Congressman Mike Doyle (PA) and Senators Robert Menendez (NJ) and Chris Dodd (CT) to ensure that the coverage of behavioral health treatments was included, had this to say:

We all know families who have gone to extreme measures, including mortgaging their homes and the futures of other children, in order to provide the best possible services for their child with autism. According to research, families living with autism have far greater medical expenditures and out-of-pocket costs and are far less likely to report that health insurance meets their child’s needs when compared to families living without autism. Health care reform will not end these problems, but it may lessen their severity.

Lee Grossman, President and CEO of the Autism Society, had a similar take on the new law, the day after it passed the House:

“The Autism Society is pleased that Congress took a step in the right direction late last night, but we have much more work to do to ensure that families affected by autism have access to appropriate services and supports.”

And really, if you take out the word autism, his statement could just as easily apply to the health reform effort as a whole: a step in the right direction, but there’s still more work to do.