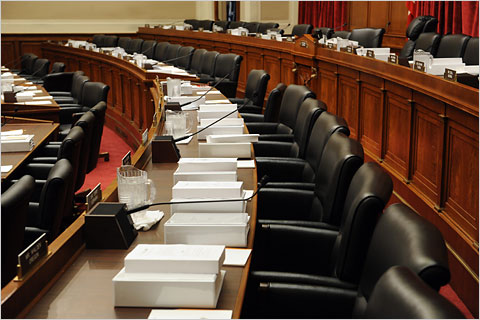 Yesterday we talked about some of the ways the House health care reform bill proposes to reduce costs.  Today- the exciting conclusion!

The way doctors get paid now is called fee-for-service– they get paid for each procedure, test, surgery, etc. they perform- regardless of whether or not that makes you well.  The financial incentive is for doctors and hospitals to do more stuff, which both drivies up the cost of health care and doesn’t necessarily make you better.

In fact the overuse of health care often makes patients worse.  As Ezra Klein puts it:

The bill proposes a few Medicare pilot programs to test the effectiveness of different methods of providing and paying for care:

Accountable Care Organization pilot:  In an accountable care organization, doctors and hospitals would work together, and get paid not based on how many procedures they do, but on whether or not you get better, and how well they control costs.  So they’d have way more reason to provide better early (primary) care- which is also better for you, the patient, because it’s more likely that they’ll catch problems early, before the problems become serious.

Patient Centered Medical Home pilot: This is sort of a hybrid between a clinic and a traditional family doctor.  You would have a personal physician (or nurse practitioner) who would provide primary care, and would coordinate the care given to you by other individuals at the practice. This might include nurse practitioners, physician assistants, pharmacists, health educators, and medical assistants.  Your personal physician would act like a team leader working with other qualified providers to give you the health care that you need.

The Medical Home would supposedly allow your doctor to do the things “old-fashioned” family doctors used to do: “helping patients through hospitalizations, coordinating specialist care and providing routine screenings.”  The idea then is that by paying doctors more to provide better quality primary care, patients will be happier and money will be saved in the long run due to reduced ER and hospital use.

Bundled Payments pilot: This is another alternative to fee-for-service payments to hospitals and doctors.  Instead of each doctor getting paid for each procedure they do, one payment would be made for all the services related to a single treatment or condition.  For example, if you needed coronary bypass surgery, instead of individual doctors billing for

Well, that turned out to be wrong.  Advantage insurers charge the government more money, not less, and get a taxpayer subsidy that averages 14 percent more per-patient (and sometimes as much as 20%) than what traditional Medicare pays providers.  The bill would not eliminate Medicare Advantage (despite rumors to the contrary)– it would simply eliminate the subsidy to private insurance companies, so that the government would pay insurance companies roughly the same for Medicare Advantage plans as it pays for traditional Medicare coverage.

Reduce waste fraud and abuse in Medicare and Medicaid
There are a whole lot of provisions in the bill for fighting fraud, waste, and abuse in public programs like Medicare and Medicaid, and it would take way too long to go into each one.  But some of the most important changes include more money for fighting fraud in government programs, and bigger penalties for providers making false Medicare claims, providing false information, and delaying inspections.

Increase the Medicaid drug rebate percentage
Right now drug companies have to give the federal government a rebate on prescription drugs provided through Medicaid- it’s a 15% rebate for innovator drugs and 11% for generic drugs.  HR 3200 would raise the percentage of that discount.  Also, there’s a weird thing where currently Medicaid managed care plans don’t get the discount.  This bill would extend the rebate on drugs to those plans, saving about $11 billion over ten years.

Mandating that insurance companies meet a certain medical loss ratio
We talked about the medical loss ratio a little while ago.  In the health care reform bill insurance companies would have to spend a certain minimum percentage of the money they take in for actual care.  Right now 33-50% is spent on profits or administrative costs or massive executive salaries. It would be good to have the money spent on actual patient care.

The Public Option
We’ll talk about the public option in greater detail in a later post, but it’s important to remember that the public option is simply another way to reduce costs.  The idea is that by competing with a public program, which like Medicare would probably have lower overhead and administrative costs, private insurance companies would be forced to offer a better deal to consumers, reducing the overall cost of health care.

A strong public option could save a ton of money– $110 billion over ten years.  And that’s just money that the government would save- private insurance companies would have to offer lower premiums to compete with the public option, saving individuals and businesses money too.

Conclusion
In this post we had also hoped to provide some hard numbers for how much money would be saved if these provisions were passed.  But as it turns out that’s pretty much impossible too.  No one knows how much money these proposals will save, since no one knows exactly how the system will respond to the proposed new rules, new research, and new payment structures.  Most experts believe that these changes will deliver significant savings, but it’s not guaranteed.

“You have never done it before, so how are you going to quantify it?  The irony is that things that are more challenging to quantify precisely may well turn out to be much more important.”

Anyways, that’s it for the House bill (thank God).  In our next post we’ll take a look at Max Baucus’s Finance Committee bill, which is being voted on today.