Warning: Use of undefined constant wp_cumulus_widget - assumed 'wp_cumulus_widget' (this will throw an Error in a future version of PHP) in /home/customer/www/whatifpost.com/public_html/wp-content/plugins/wp-cumulus/wp-cumulus.php on line 375
 Five terms you need to know before buying Obamacare coverage
≡ Menu

Five terms you need to know before buying Obamacare coverage 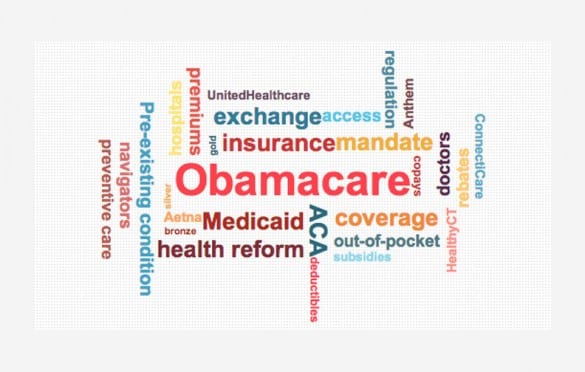 One big problem with shopping for insurance, which the Affordable Care Act will fix, is lack of access to information. Even on sites like ehealthinsurance, it can be hard to compare plans– you have to look closely at each one to get information about deductibles, copays, coinsurance, and what’s covered– and some plans available in your area may not be on the site at all. Also, the rates it shows are teaser rates– they could be much higher if you have a pre-existing condition.

On Obamacare’s health insurance marketplaces, all the information you need to shop for insurance will be in one place. You’ll be able to see every qualifying plan available in your area, the price you see is what you’ll actually pay, and insurers will be required to include a summary of benefits that includes, copays, deductible, coinsurance etc. You can see what that looks like in Massachusetts, which already has a marketplace up and running (they did health reform in 2007, and it became the model for Obamacare): 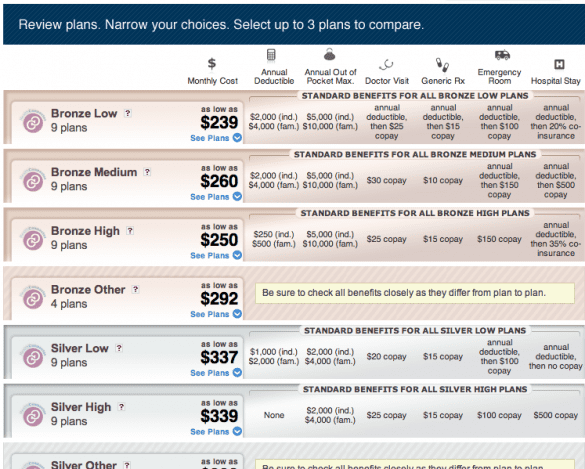 But here’s a question: What if the real problem isn’t access to information, but that insurance information is too complex to understand in the first place?

George Loewenstein, a healthcare economist at Carnegie Mellon University, did a study (published in The Journal of Health Economics) in which he gave a multiple-choice quiz to a couple hundred people, all of whom have insurance, on some basic health insurance terms: out-of-pocket maximum, coinsurance, copay, and deductible. Here are the results:

He found that only 14% of the participants could correctly identify what all four terms mean. And remember, these are supposedly the most basic features of insurance, and the respondents were all people who have insurance and consider themselves the primary or secondary health-care decision-makers in their family. Lowenstein told The Washington Post:

“I have a PhD in economics and I’ve spent a bunch of time giving insurance companies feedback about policies, and I still find them difficult to understand […] It’s inherently complicated. Even if you understand each concept individually, it’s still difficult to figure out the cost.”

If a health policy researcher with a PhD in economics finds insurance plans inherently hard to understand, the millions of Americans purchasing health coverage later this year– many for the first time– are in for a struggle. To help them out, here are the most important terms you need to know when purchasing health insurance.

Most people know this one, but just in case… Your premium is the regular payment you make (usually monthly) to an insurance company to buy your insurance plan.

The deductible is the amount you have to pay for healthcare in a year before your health insurance kicks in.

A co-pay is a fixed amount you pay for a service– usually for routine stuff, like visiting your primary care physician, a trip to the emergency room, or prescription drugs. It’s the same no matter how long the visit or how much the prescription costs (although sometimes plans will have different co-pays for brand name and generic drugs). Also, note that the deductible usually doesn’t apply to co-pays and vice versa (unless it specifically says so).

Sort of similar to a co-pay, but (1) is a percentage of the total cost, rather than a fixed dollar amount, and (2) is usually in addition to your deductible.

Still, even knowing all the terms, this stuff is pretty complicated… and it gets worse. Take that coinsurance we mentioned earlier– it’s based on something called the allowed amount, which is what the plan will pay for a given service. If a provider charges more than the allowed amount, you have to make up the difference.

Yeesh. So is there any way to make this easier? Lowenstein suggests eliminating deductibles, coinsurance, and every other form of cost-sharing except for copays. The co-pays would be higher, but, he says, a least consumers would know what they’re getting. Still that’s not going to happen before the exchanges go live in October, so if you’re buying insurance next year make sure you know these terms!