Warning: Use of undefined constant wp_cumulus_widget - assumed 'wp_cumulus_widget' (this will throw an Error in a future version of PHP) in /home/customer/www/whatifpost.com/public_html/wp-content/plugins/wp-cumulus/wp-cumulus.php on line 375
 Extending coverage to young adults: who’s eligible and when?
≡ Menu

Extending coverage to young adults: who’s eligible and when? 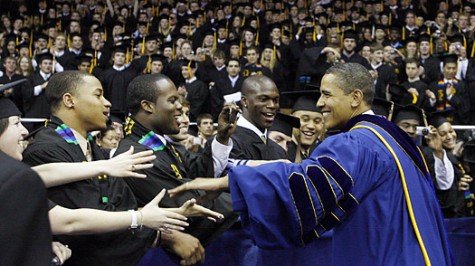 It sounds simple enough– the new health reform law says that young adults can stay on their parents’ insurance until they turn 26.   But as the provision starts to take effect, we’re seeing what’s becoming a two-part trend any time a part of the new law is rolled out:

Since this part of the law is a lot more complicated than you’d expect, we’ll try to answer some of the biggest questions about the coverage of young adults.

Why is extending parents’ coverage to children under 26 important?
This is the age group most likely to be uninsured.  Check out the numbers:

And so the new law is really a good deal for both young adults and insurance companies.  Insurance companies get to collect premiums from a group that is cheap to cover, and in many cases wouldn’t have insurance otherwise.  Meanwhile, young adults don’t have to worry about how they’ll pay their medical bills in the unlikely event that something happens to them.

(Or perhaps more accurately, their parents don’t have to worry.  My mom said that she was talking about the new law with some of her friends from work, who have kids in college now.  They asked her what she did in the years after my graduation from college, when I didn’t have health insurance.  She told them that she did the only thing she could do: “I just prayed a lot!”)

Who’s eligible?
The short answer is that if your insurance covers dependents, then any child who hasn’t yet turned 26 is eligible, even if they’re out of school or haven’t been on your insurance in years.  But there is one limitation depending on the type of coverage you have:

When does this go into effect?
Technically, the first plan year starting after September 23 (6 months after the law was passed). The problem is that for many young adults, coverage under their parents insurance expires shortly after they graduate in May, meaning that they’ll see a gap in coverage until the next plan year starts.

So what’s the problem?
Even though this is one of the few parts of the new law that the insurance companies don’t want to fight, there’s still a snag.  Most employers cover at least part of the premiums for their employees, and they don’t necessarily want to cover these young adults before they have to.  A survey by Mercer, an HR consulting company, found that only a quarter of companies intend to put the extended coverage in place before the new plan year starts.

For example, Cigna, one of the largest insurance companies, announced that they would be extending benefits before the new law goes into effect.  However, if you work for a company that chooses not to extend benefits before September– even if your company gets its coverage through Cigna– you’ll have to wait for the start of the new plan year before you can cover adult children under your insurance.

How will young adults re-enroll in a parent’s plan after September 23?
The law says that insurers will have to provide written notice and a special enrollment period of at least 30 days to both the parent and their eligible dependents.  They have to do this sometime before the first day of the new plan year.

Okay, that’s it for us.  If you have more specific questions about how the extension of coverage for young adults could affect you, HSS has answers to a bunch of Frequently Asked Questions here.

Next post: Bad health care journalism in the NY Times