Warning: Use of undefined constant wp_cumulus_widget - assumed 'wp_cumulus_widget' (this will throw an Error in a future version of PHP) in /home/customer/www/whatifpost.com/public_html/wp-content/plugins/wp-cumulus/wp-cumulus.php on line 375
 Everything you need to know about the plan to undo insurance cancelations
≡ Menu 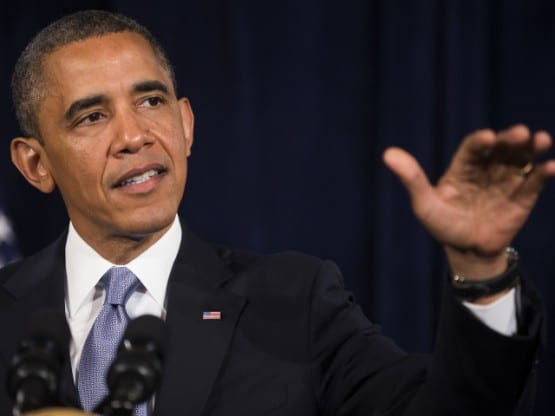 Even if you follow the news pretty closely, you could be forgiven for not knowing what’s going on with the health insurance cancellation story. Last week the House voted on a bill to extend canceled policies, the Senate has proposed two different bills on the same subject, and the Obama administration announced that it was pursuing an “administrative fix” to allow some canceled plans to continue, but some state regulators have already rejected it.

If you’re confused, don’t worry: here’s a guide to Congress and the White House’s response to health plan cancelations.

Why are health plans being canceled?

The short version is that under Obamacare there are a bunch of new rules for health plans on the individual market (that’s when you buy a plan yourself, instead of getting it through your employer). They can’t discriminate based on pre-existing conditions, they can’t have annual or lifetime limits on coverage, they have to cover certain “essential benefits”– it’s all stuff to ensure that plans on the individual market actually provide decent coverage.

Still, the administration knew that some people would want to keep the coverage they had, so they said that plans that existed before health reform was passed don’t have to comply with the new rules, as long as they don’t change too much (by removing benefits, increasing copays, etc).

Most insurers did change their plans however, or offered new plans after Obamacare was passed in 2010, and didn’t tell customers that these plans wouldn’t comply. Now insurers are sending letters to customers saying their plans are being cancelled due to Obamacare, and are offering new plans at a much higher rate. Since many people are having trouble using the marketplace to find a better deal, and since the cancelations seem to contradict Obama’s pledge that individuals could keep their insurance, people are freaking out.

(That’s the short version– for more info, check out our older post here.)

As we mentioned above, both Congress and the White House have put forth bills that would allow insurers to continue offering existing policies. Democrats have two: one from Louisiana Senator Mary Landrieu and a similar bill from Colorado Senator Mark Udall, while the Republican plan comes from Congressman Fred Upton. Normally this is where we’d go into the details of each bill, but as Mother Jones’ Kevin Drum points out, that’s probably a waste of time:

Republicans are interested only in Obamacare’s failure and will refuse to support any Democratic bill that genuinely addresses the problem. Conversely, Democrats are interested only in improving Obamacare and relieving the political pressure they’re feeling. They will refuse to support any Republican bill that contains an obvious poison pill. Unless I’m missing something, the intersection of these two positions is the null set. Thus, there is no bill that can pass Congress.

So for example, take Upton’s “Keep Your Health Plan Act,” which House Republicans recently passed. It doesn’t actually require insurers to continue offering existing plans that are being canceled– that part is optional. But it contains a second provision that would allow insurers to also sell new plans that don’t include Obamacare’s consumer protections. The Washington Post’s Ezra Klein points out:

So if an insurer wants to continue turning people away for being sick, they can go right ahead. If they want to offer shoddy coverage that’ll evaporate the moment a health crisis strikes, that’s their prerogative. The result is that Upton guts the law’s extremely popular insurance regulations. “A vote for the Upton bill, in short, is a vote for everything Americans say they hate about their health-care system,” Jon Cohn writes.

Of course Upton’s bill is dead-on-arrival in the Democratic controlled Senate, while Landrieu’s and Udall’s plans, which would reverse the cancelations without undoing the rest of Obamacare, will probably go nowhere in the House. That leaves President Obama’s “administrative fix”– which doesn’t require Congress’s approval.

What is President Obama’s administrative fix?

In a nutshell, President Obama’s plan would give insurers the option of continuing plans that don’t meet Obamacare’s requirements for another year. Insurers would also have to send policy-holders a letter explaining why their plan doesn’t meet the requirements.

The Washington Post’s Sarah Kliff points out that this does not mean that insurers have to continue offering canceled plans:

That would be pretty difficult (and possibly illegal) given that health carriers take products on and off markets all the time.

Instead, President Obama is giving two key players the opportunity to make two key decisions. He’s giving insurance regulators the opportunity to allow health insurers to sell some plans that they weren’t allowed to sell, prior to this morning. If the insurance commissioners decide to give plans the go-ahead, it’s then up to health insurers whether they would want to renew these policies.

Will state insurance regulators give these plans the go-ahead?

Depends on the state. Here’s the list so far:

Why would states not allow plans to renew for another year?

There are actually a couple good reasons that canceled plans should stay canceled. For one, a lot of existing plans just aren’t that good– they don’t contain the consumer protections included in the new law, which means that many policy holders could still be screwed if they get sick.

The law does have some “shock protection” to help insurers if they get a sicker pool of subscribers than they expected, but those are mostly temporary. Eventually, the idea is that everyone who buys their own insurance will get it though the marketplace.

Do insurers even want to continue these canceled plans?

It’s hard to say. Washington Post’s Sarah Kliff has a pretty good explanation of what insurers are thinking:

On the one hand, [Obama’s fix] puts the blame squarely on insurers if they do not decide to renew their products […] It’s fair to guess insurers are especially worried about angering consumers–and then sending them to a marketplace with a ton of their competitors.

But, as mentioned earlier, keeping people on separate insurance plans could mess up their whole business plan for the new exchanges. So it’s a bit of a balancing act for insurance carriers.

How many people will get their cancellations reversed?

Give it to me straight: is Obama’s administrative fix to continue cancelled plans a good idea?

Well, it’s complicated. Politically it’s a good move because Obama did say that everyone who likes their plan could keep it, and this “fix” makes it clear that insurers and not Obamacare are to blame if plans are canceled. On the other hand, it reinforces the idea that everyone should be able to keep their plans–and as we said earlier, some current plans are just bad, and the rest are only a good deal for some because they take advantage of a system that excludes the old and healthy.

Really the best solution– and the one that would create the fewest new problems– would be to simply fix healthcare.gov. As Ezra Klein writes:

Next post: Hundreds of thousands of Americans are already thankful for Obamacare (really!)

Previous post: Some perspective on Obamacare’s “winners and losers”