Warning: Use of undefined constant wp_cumulus_widget - assumed 'wp_cumulus_widget' (this will throw an Error in a future version of PHP) in /home/customer/www/whatifpost.com/public_html/wp-content/plugins/wp-cumulus/wp-cumulus.php on line 375
 Could Mitt Romney really repeal health reform?
≡ Menu 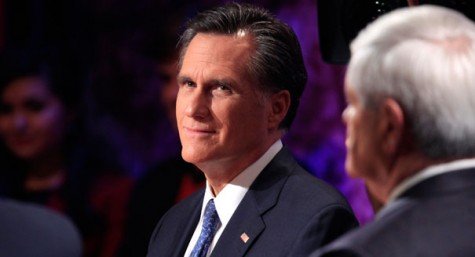 In the GOP debate, Mitt Romney offered some specifics on how he would undo “Obamacare”:

“I’ll grant a waiver on Day One to get [repeal] started,” Romney said at Tuesday’s debate in New Hampshire. “On Day One, granting a waiver for all 50 states doesn’t stop in its tracks entirely Obamacare. That’s why I also say we have to repeal Obamacare, and I will do that on Day Two, with the reconciliation bill, because as you know, it was passed by reconciliation, [with] 51 votes.”

That leaves Romney only two options: 1) Partially repeal the law– which would be a mess and drive the price of individual insurance way up– or 2) Ignore the Senate parliamentarian and repeal the whole thing through reconciliation anyways. This would basically eliminate the filibuster in the Senate, which in the long run might actually be a good thing. (New York Magazine’s Jonathan Chait has an excellent article that goes into more detail here.)

Romney’s plan for Day One is equally problematic. The law says that states can apply for waivers– but only if they design a system that covers as many people, doesn’t increase the deficit, and provides coverage that’s at least as comprehensive as the Affordable Care Act. So far, no Republican has proposed a plan that meets those requirements. Also, as Politco reports, even if Romney decided to bend the law and grant waivers, they couldn’t take affect until 2017– three years after reform goes into effect.

Besides all that, the larger question remains– would Romney really repeal a law that used his own plan as its model? That’s the question Rick Perry asks in his new attack-ad (at least we think it’s an attack ad- it might be the preview for a new Jerry Bruckheimer movie):

Previous post: Where to find the real abortion battle