Warning: Use of undefined constant wp_cumulus_widget - assumed 'wp_cumulus_widget' (this will throw an Error in a future version of PHP) in /home/customer/www/whatifpost.com/public_html/wp-content/plugins/wp-cumulus/wp-cumulus.php on line 375
 Congress and health care help for the unemployed
≡ Menu

Congress and health care help for the unemployed 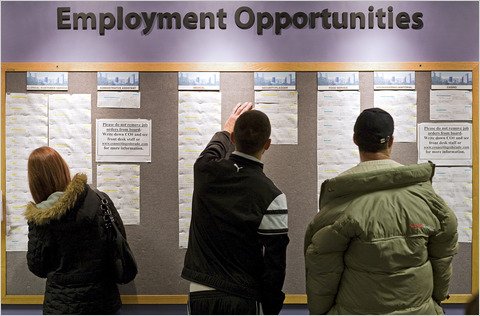 They may have passed the Patient Protection and Affordable Care Act back in March, but that was hardly the end of battles over health care in Congress.  For the past week, the Senate has been debating another extension of unemployment benefits, and unsurprisingly, some of the biggest sticking points are health care related:

Of course, since they involve Congress and health care, both issues are needlessly complicated.  So we’re going to break up our coverage into two parts: today the subsidies, tomorrow the doc fix.

COBRA Subsidies
The passage of the Consolidated Omnibus Budget Reconciliation Act of 1985, otherwise known as COBRA (side note: that might be the all time biggest gap between the coolness of an acronym and what it actually stands for), meant that if you get laid off you can still keep your employer’s health insurance for up to 18 months.  But you have to pay for it, and that coverage can be extremely expensive.  You’re responsible for the full premium– both the employee and employer share– and a 2% administrative fee.  On average that comes to $1137 per month for family coverage, and $410 for individual coverage.

Last year’s American Recovery and Reinvestment Act (ARRA), aka the stimulus bill, provided a 65% subsidy to some of the unemployed to help pay for their health insurance under COBRA.  Originally, only workers who were laid off between Sept. 1, 2008 and Dec. 31, 2009 were eligible, but over the past year Congress has passed a number of extensions expanding the number of people covered.  Here’s how the subsidies work now:

The latest extension of the COBRA subsidies (and other benefits for the unemployed) expired last month, meaning that anyone laid off after May 31 will have to pay the full costs of their COBRA coverage.

Congress could extend the subsidies to cover people laid off after May 31, at a cost of about $8 billion, but it’s unlikely that they will.  The House already passed its version of the unemployment benefits bill without the COBRA extension, and it’s not in the version that the Senate is currently debating.  It could be added as an amendment– like the one Senators Robert Casey (D-PA) and Sherrod Brown (D-OH) have introduced—  but Republicans and conservative Democrats have been saying the bill already costs too much, and almost certainly won’t vote for the COBRA extension.

Medicaid Help for States
The stimulus bill also included increased funding for Medicaid.  Research has shown that for every 1% increase in the unemployment rate, 1 million more people become eligible for Medicaid or the Children’s Health Insurance Program (CHIP).  Medicaid is the biggest single expenditure for most states, and many states are facing budget crises of their own.

To keep states from making cuts to Medicaid, just as more people were expected to need it, the government temporarily increased the Federal Medical Assistance Percentage (FMAP).  Families USA explains what that means:

Under the normal FMAP, the federal government, on average, picks up 57 cents of every dollar spent on Medicaid and the states pay the remaining 43 cents. Under [the stimulus bill], the federal government increased its share of the FMAP by 6.2 percentage points, with special additional assistance given to states with the highest unemployment rates.

The stimulus bill’s temporary increase in the federal government’s share of Medicaid is set to expire on Dec. 31, 2010.  Most states do their budget based on a fiscal year that runs from July 1 to June 30, and they had assumed that Congress would extend the FMAP increase another 6 months, to help get them through the coming fiscal year.  But the House dropped the extra Medicaid funding from the bill when they saw the price tag: $24 billion.  For now, that funding is in the Senate’s version, but with conservatives threatening to block the bill, it could be on the chopping block.

If the FMAP extension is dropped, financially strapped states would now have only half a year’s worth of extra funding.  They’re likely to cut Medicaid benefits, increase out-of-pocket health costs for low-income families , and lower payments to health providers, thereby making needed care unaffordable and/or unavailable.

Other Options for the Unemployed
We should point out that if the new health care law were fully in place, Congress wouldn’t be having this debate.  The unemployed would automatically be eligible for government subsidies based on their income to help purchase insurance on the exchanges.  And states will automatically get help from the federal government to help pay for their new Medicaid enrollees.

To get an idea of how health reform will help during the next recession, just take a look at Massachusetts, which was the model for much of the new law:

One of the awful consequences of recessions in a world of employer-based health care is that a lot of people lose their health-care insurance when they lose their jobs. But as the latest study on the Massachusetts reforms shows, that’s not happening in the Bay State. “Unemployment among working-age adults in Massachusetts rose from 4.4 percent in December 2006 to 9.1 percent in December 2009” and “state revenues fell by $2.6 billion between fiscal years 2008 and 2009,” but there was no corresponding rise in the number of uninsured, nonelderly residents (the elderly get Medicare), which is sitting stubbornly at 4.8 percent.

Unfortunately, the main part of the national health care reform law doesn’t start until 2014.  In the meantime, if you find yourself unemployed and can’t afford COBRA, you might want to look into these other options: