Warning: Use of undefined constant wp_cumulus_widget - assumed 'wp_cumulus_widget' (this will throw an Error in a future version of PHP) in /home/customer/www/whatifpost.com/public_html/wp-content/plugins/wp-cumulus/wp-cumulus.php on line 375
 Climate change and health care
≡ Menu 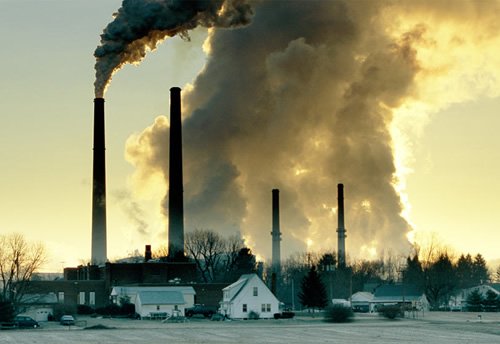 Like many people concerned about the fate of the planet, we were following the international climate talks in Copenhagen. Maybe the months and months of debate about health care reform are finally getting to us, but we naturally started thinking about connections between the two issues. Curious, we looked into it a little deeper, and came to the following conclusion:

Health care activists and climate activists– you guys should talk to each other.

A Big Number
Arguments against fixing health care and fixing climate change both almost always come down to the same thing- it will cost too much. Opponents often say, “Sure we’d love to cover everyone, but health care is so expensive and the costs keep rising” or “If we stopped burning fossil fuels it would hurt the economy too much.” So consider this figure:

To put that number in perspective, the price tag for the Senate’s health bill is $90 billion a year to expand insurance coverage to 30 million more Americans. Experts estimate that for $120 billion per year we could achieve nearly universal coverage.

Another way to look at the two issues, would be to factor the hidden cost of health care into energy production.  Take coal for example. It’s one of the dirtiest fuels both to mine and burn, but it’s cheap… at least until you look at the cost of health care. According to the National Academy of Sciences, coal plants add $62 billion in health costs each year, with almost half of that coming from the dirtiest 10% of plants. But if you add health care costs, those dirty plants aren’t so cheap anymore:

Compare that with wind power, which produces no greenhouse emissions and has a cost of 3.5 to 4 cents per kilowatt-hour and declining.

Meanwhile, as global temperatures continue to rise as a result of burning fossil fuels, the damage to human health will become increasingly severe.

[For more info on global warming-related gloom and doom check out this article in the San Francisco Chronicle and the EPA’s website.]

The U.S. health system can probably adapt to handle many of these issues. But it will cost us big time, to say nothing of all the human misery from these diseases that could be avoided.

So far there hasn’t been much communication between climate and health reform activists, but the Obama administration is starting to make the connection– particularly EPA Adminstrator Lisa Jackson and Secretary of Health and Human Services Kathleen Sebelius. According to an article on the environmental website, Grist:

Their biographies lend themselves to leadership on this issue. Secretary Sebelius had been hailed as an environmental hero for her work in blocking the construction of coal plants during her tenure as governor of Kansas. Lisa Jackson is an African-American mother with an asthmatic son, and she has made the point that families that look like her own are bearing the burden of America’s energy policy, saying “23 million American children suffer from asthma, and African Americans have twice the national rate of asthma and the highest cancer rates in the country.”

The two leaders headlined a Nov. 20 White House event about the public-health benefits of clean-energy reform. The White House invited many leaders of the environmental-justice movement, and Sebelius laid out the public-health case for climate action, arguing for climate policy as an exercise in preventative care. “As greenhouse gases go down, so do deaths from respiratory illness and disease,” she said.

If the health reform bill passes– and it’s looking more and more likely that it will soon– health care activists (particularly those concerned with rising health care costs) should turn their attention to the next major piece of legislation making its way through Congress.

The cap and trade bill in the House should reduce U.S. carbon emissions, but some provisions need to be changed if it’s going to do anything to improve public health.

As the cap and trade bill stands now, polluting companies can get offsets for their carbon emissions by investing in clean energy projects in developing countries. For example, a company could invest in a wind farm in Africa that would reduce CO2 emissions by a half million tons, and that would count as though the company had reduced its own emissions. In theory it makes sense- climate change is a global problem, and poorer countries will need help making the transition from fossil fuels.

But environmentalists point out (and the Government Accountability Office backs them up on this) that it’s virtually impossible to verify whether or not these investments lead to actual emissions reductions. And health reform advocates should note that, thanks to the offsets, the company would still be able to pollute in the U.S., eliminating health benefits that would come from reducing emissions here. It’s a tricky issue, but it’s an issue that health care reform advocates should definitely have a voice in.

Our planet and our health are closely tied to one another. Let us make certain that we keep talking and focusing on that connection.

Next post: The Home Stretch: Merging the House and Senate Bills