Can you switch Obamacare plans if you’ve already enrolled? Maybe… 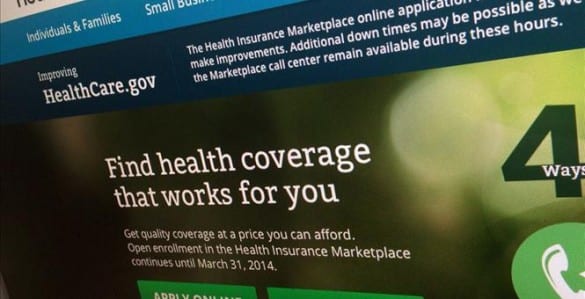 With over four million people now enrolled in private coverage through the Obamacare marketplaces, not everybody is going to be happy with the first plan they chose. So can you switch to a different plan or insurer if you’ve already enrolled through your state’s online marketplace? The answer– like most things under the new law– is complicated.

Is it currently before or after March 31?

In those special cases you have 60 days after the event to change your plan or purchase new coverage. The one exception is for government programs like Medicaid and CHIP– if you qualify, you can enroll in those programs at any time.

Before March 31: If open enrollment hasn’t ended yet, you might be able to switch plans or insurers, depending on where you live and why you’re switching.

Did you pay your first month’s premium?

Under another element of the rules spelled out in the memo, consumers might be able, during open enrollment periods this year and in the future, to switch insurers through a different means: refusing to pay their insurance premium so that the insurer cancels their policy. In that circumstance, the memo says, people can start over to apply for a plan.

The key word there is “might.” That memo the Post mentions says that consumers can cancel their plans through healthcare.gov, but then can’t enroll in a new plan unless they have one of those “qualifying life events” we mentioned above. However, if you simply stop paying the premium and the insurer cancels the plan, then, according to the memo, you would create a new account, complete a new application, and choose a new plan (as long as all this happens before March 31).

However, it seems a little odd that if you cancel your plan, you can’t choose a new one, but if you stop paying premiums and your insurer cancels it, you can. The Centers for Medicare and Medicaid Services (CMS), which runs healthcare.gov, says that it will be issuing more guidance in the future– we’ll update this post if that changes anything.

What state do you live in?

Different states have different rules for switching plans/insurers during the open enrollment period. For example, in Connecticut (which runs its own exchange), you can switch to a different plan or insurer for any reason before March 31, as long as you give your current insurer 14 days notice.

On the other hand, for the 26 states where CMS is running the marketplace, if you’ve already paid the first month’s premium and your plan is in effect, you can only switch plans if you meet ALL of the following criteria:

Note that if your state’s marketplace is run by the feds you can’t switch to a different insurer— you can only switch to a different plan with the same insurer by contacting them directly. Plan changes can be made retroactive and the date the new plan takes effect can be pushed up, but all that’s up to the insurer. Also, if you made any out-of-pocket payments under the old plan, those will count toward your deductible and out-of-pocket limit under the new plan.

Was the plan you purchased misrepresented?

There is one time you might be able to switch insurers on a federally-run exchange: if information about the plan was incorrectly displayed on healthcare.gov. This could happen because of a coding error on the site or it could happened because an insurer has accidentally sent CMS incorrect data.

Either way, CMS will first encourage the insurer to honor the benefit that was displayed incorrectly. If the insurer does, then you keep the plan and nothing else happens.

However, if the insurer chooses not to honor the incorrect benefit and it was a big enough error, you can switch to a different plan. If the insurer doesn’t offer another plan that meets your needs, you have 60 days (starting whenever the error is first reported) to choose a new plan with a different insurer. Depending on the type of error, you might be able to choose coverage that starts retroactively– but in that case you only have ten days to select a new plan.

If you can’t switch plans now, circle November 15 on your calendar

Next post: Another Obamacare delay (that will likely have little impact, but is getting a lot of attention anyways)

Previous post: Wondering if your income is above or below Obamacare’s Medicaid cutoff? Read this.