Warning: Use of undefined constant wp_cumulus_widget - assumed 'wp_cumulus_widget' (this will throw an Error in a future version of PHP) in /home/customer/www/whatifpost.com/public_html/wp-content/plugins/wp-cumulus/wp-cumulus.php on line 375
 Blame the Boomers?
≡ Menu 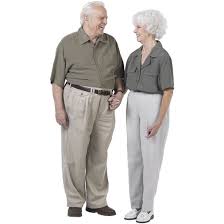 It’s long been the assumption that what’s driving the rise in health care costs is our aging population and in particular, the baby boomers. As folks get older, they get sicker and more fragile – need more health care treatment and medicines. As the baby-boomers hit their sixties, people are assuming that our nation’s health care spending is going up accordingly.

But experts now say shifting demographics isn’t the main cause of our costs problem. The Congressional Budget Office has issued a new report finding that unnecessary tests and treatments are to blame. CBO Director Peter Orzsag has stated that if nothing is done these costs will consume half the U.S. economy before the end of this century.

Orzsag and others are calling for the nation to start practicing more efficient medicine: health care that creates value (meaning health) that’s worth the price tag. While he thinks the savings to be gained from digitizing health records have been overstated, it will only work as evidence-based medicine. In other words, the nation needs to collect data on what treatments and diagnostic tools are actually beneficial, not just popular.

One of Orszag’s pet peeves seems to be the overuse of scanning machines like MRIs for all kinds of mundane things. Said one doctor,

Experience shows that every time we approve a screening procedure, it is used more widely than the indications for which it was originally approved. More screening machines invariably lead to more tests; more tests yield more false positive results, more risk to screened patients, and more expense. Testing decisions must be made by organizations that sort through all the evidence.

Who is best poised to implement and/or monitor a movement towards evidence-based medicine? There are those who advocate the free market as being a hotbed of innovation and efficiency. But what the CBO report shows is that the free market has actually brought us the highest costs, and that the government-funded programs have been effective at reducing costs.

The CBO forecasts “that by far most of the increased health costs over the next few decades will result from private health care providers and private insurance carriers, not Medicare, Medicaid, or other existing government-funded programs.”

For more on this issue:

MANY DOCTORS, MANY TESTS, NO RHYME OR REASON
by Sandeep Jauhar, MD
The New York Times
March 11, 2008