Another Obamacare delay (that will likely have little impact, but is getting a lot of attention anyways) 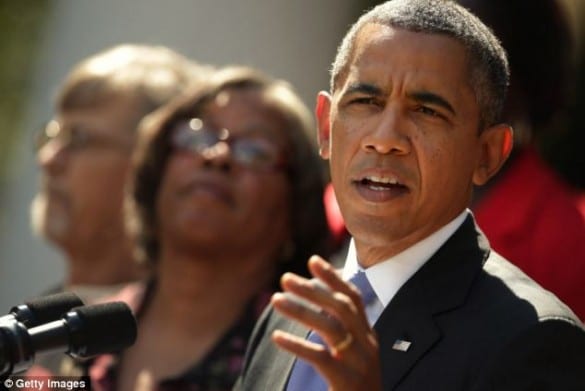 By now you know the drill. The White House announces it’s delaying part of Obamacare, Republicans freak out and say it proves the entire law is a failure, but in the end the change really doesn’t make all that much difference either way. The latest example: on Wednesday, the Obama administration said it will let consumers renew health policies that don’t comply with the new law for another two years. It’s a decision that’s important politically, but has little impact on how the law will actually work.

Why is the White House delaying this provision?

Back in November, insurers started sending out letters to customers informing them that their current plans were being canceled because they didn’t meet Obamacare’s new standards for insurance. The new plans being offered were often much more expensive than the old plans, and since healthcare.gov wasn’t working, people couldn’t log on to see if they could get a better deal (many of them would have). Even worse, it was unclear whether the site would even be functional in time to buy coverage for January 1.

In the midst of all this confusion and uncertainty, the White House announced an “administrative fix”: state insurance regulators could allow insurers to renew existing plans for another year, even if those plans didn’t meet the new Obamacare standards. Problem (more-or-less) solved.

However, some congressional Democrats– particularly those in close races– were worried about what happens when these plans expire next year. Insurers would be sending out another round of cancellation letters, only this time it will be right before the midterm elections. And so, it appears as though the latest delay, which extends the renewal period to 2016, was done mainly to prevent new cancellations from being an issue for Democrats in the upcoming elections. As The New York Times notes:

In announcing the new transition policy, the Department of Health and Human Services said it had been devised “in close consultation with members of Congress,” and it gave credit to a number of Democrats in competitive races, including Senators Mary L. Landrieu of Louisiana, Jeanne Shaheen of New Hampshire and Mark Udall of Colorado.

Even though it appears that politics is the driving force behind the decision, there is a case to be made that this is actually good policy. While it’s obviously not ideal that substandard plans will continue for another few years, it really does smooth the transition to the new system. After all, remember that the law includes a “grandfather clause” allowing people to keep policies that were already in effect when the law passed. Many plans lost that grandfathered status because they changed substantially in the four years between Obamacare’s passage and implementation– you could argue that this delay simply restores that protection.

“…they took a winding path to get to this point, but it does provide a smoother transition to the new system for individuals and small businesses who bought insurance before. If the legislative process had allowed for an orderly conference committee and time to think through transition issues, maybe they would have ended up with something like this in the law to begin with.”

EIther way the impact of the delay will likely be small

Another important thing to note about this delay: only a small number of people will be affected. Senior White House officials estimate that there are about 1.5 million people with plans that are eligible for this extension, and that number will decrease over time. The Incidental Economist’s Adrianna McIntyre explains why:

The thing about the individual market is that it’s volatile. The Kaiser Family Foundation  found that about a third of those enrolled in nongroup plans exit within six months. Fewer than half remain after two years. [Another study found that even fewer– only 17%– of those with individual coverage keep it for more than two years.] This coverage is transitory for many, a bridge between employer-sponsored plans or other forms of insurance. Since the “fix” only applies to people maintaining these plans, the population eligible for the extension will dwindle over time.

There’s a fear that individuals who cling to old, less generous plans are healthier than those who already jumped to the exchanges. That might be true, but it also probably doesn’t matter much. CBO estimates that the exchange population will swell to 22 million by 2016 as people become more aware of coverage options and the penalty becomes more severe. The specter of adverse selection fades pretty fast when you set 1.5 million—a number that will erode over the life of the administrative fix—in that context.

Also, remember that the delay doesn’t say that insurers have to keep offering these old plans: it says state insurance commissioners can choose to allow insurers to continue offering them. About twenty decided against it the last time around, and, as The Washington Post points out, states that went along then may not this time. And even if states approve, insurers could simply decide to discontinue the old plans. As McIntyre puts it, “ultimately, we’re talking about business decisions.”

But it could set a bad precedent for future laws

There are questions about whether the Obama administration has the legal authority to delay this part of the law. As we’ve mentioned in our coverage of the employer mandate delay, the executive branch has some discretion over how it implements laws, but it’s constitutionally required to “take care that the laws be faithfully executed.” There’s no clear definition of what that means, but if a person or corporation has standing (i.e. can show that they’ve been harmed), then they can sue to end the delay, and the courts will decide. Insurers may have standing to sue, although it’s unlikely that any will.

So if no one is going to sue, why does it matter whether the delay is legal or not? Nicholas Bagley, a health law professor at the University of Michigan, explains:

The lack of a persuasive legal justification matters most not for the current political battles, but for the future. Because the Constitution doesn’t crisply detail what the “take Care” clause means, the phrase accrues meaning through practice. The Obama administration’s repeated delays of the ACA now stand as precedent for future administrations that would also like to postpone statutes. The more the administration delays the ACA, the firmer that precedent becomes […]

The worry isn’t confined to health care. The ACA delays stand as potential support for postponing the effective date of any law, whether it’s a tax-reform statute, a new immigration law, or climate-change legislation. But that freewheeling authority to delay substantive law would mark a dramatic shift in the allocation of lawmaking power in our constitutional structure.

Bagley points out that President Obama is in sort of a bind: since Republicans hatred of Obamacare means he has to go around Congress to make the law work. However delays that seem largely politically motivated, like this one, may provide justification to future presidents to delay any law they disagree with.

Next post: Think you can’t afford Obamacare coverage? Here are 3 reasons to fill out the application anyways