Warning: Use of undefined constant wp_cumulus_widget - assumed 'wp_cumulus_widget' (this will throw an Error in a future version of PHP) in /home/customer/www/whatifpost.com/public_html/wp-content/plugins/wp-cumulus/wp-cumulus.php on line 375
 Another idea from Martin O’Malley that’s worth a closer look: Medicare Essential
≡ Menu

Another idea from Martin O’Malley that’s worth a closer look: Medicare Essential 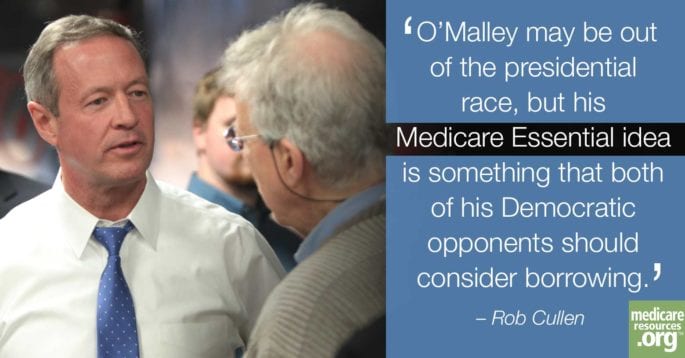 In our last post we talked about the wonky idea at the center of Martin O’Malley’s healthcare plan– an all payer system– and why both Hillary Clinton and Bernie Sanders should consider adopting it in their own plans.

But that’s not the only part of O’Malley’s plan that deserves a second look. In a piece for MedicareResources.org, Rob writes about his other good idea, which O’Malley calls Medicare Essential:

Originally proposed by researchers from John Hopkins University and the Commonwealth Fund, “Medicare Essential” could make Medicare simpler for enrollees, lower their premiums and out-of-pocket costs, and improve the quality of their care. It’s an idea that could strengthen Clinton’s “Medicare for More” plan or serve as a step toward Sanders’ “Medicare for All.” On top of that, it would cost the federal government nothing, making it hard for even a Republican Congress to vote no.

Previous post: Why both Clinton and Sanders should take a closer look at Martin O’Malley’s health plan