Warning: Use of undefined constant wp_cumulus_widget - assumed 'wp_cumulus_widget' (this will throw an Error in a future version of PHP) in /home/customer/www/whatifpost.com/public_html/wp-content/plugins/wp-cumulus/wp-cumulus.php on line 375
 An insurer in North Carolina shows just how much the GOP’s lawsuit is jacking up premiums for their customers
≡ Menu 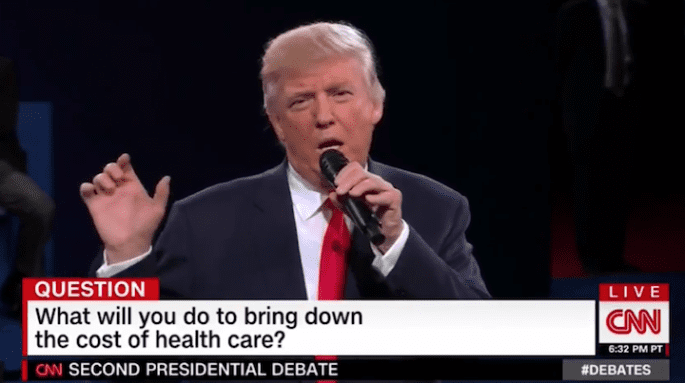 In our last post, we talked about the Trump administration’s threat to stop paying the Affordable Care Act’s cost sharing reduction (CSR) subsidies. For those who missed it, here’s a quick recap:

Under the ACA, people making less than 250% of the federal poverty line are eligible for CSR subsidies that help make their deductibles and other out-of-pocket costs much more affordable. In 2014, House Republicans sued the Obama administration to block the payment of these subsidies, (which go directly to insurers). After Trump was elected president, he and the Republicans asked the courts to postpone hearing the lawsuit, so that he and the Republicans could figure out what they wanted to do about the case. However, the Trump administration could, at any time, decide to stop paying these CSR subsidies.

The law says that insurers have to offer cost-sharing reductions to people who are eligible regardless of whether or not Trump ends the CSR payments (which currently amount to $7 billion). So if Trump does decide to end them, insurers have two options: (1) leave the Affordable Care Act marketplaces altogether or (2) jack up their premiums to make up for that lost money. In our post on Tuesday, we pointed out that insurers have to submit their proposed premiums for 2018 in the next few weeks– so even if Trump doesn’t make good on his threat to ditch the CSR’s, the uncertainty alone will cause insurers to jack up their premiums for next year.

Yesterday we got an early example of exactly that, as Blue Cross Blue Shield released its proposed rates for 2018:

Blue Cross and Blue Shield of North Carolina seeks 22.9% rate increase on 2018 ACA plans – would be 8.8% if cost-sharing payments guaranteed

As Duke University’s David Anderson explains on his Balloon Juice blog, another 3% of the increase comes from the reintroduction of a federal tax on insurance companies (they didn’t have to pay it in 2017), which is a one-time increase. As Anderson writes:

“5% trend is a healthy trend. That is a the trend of a market that is fairly stable and reasonably priced.”

“We are prepared to refile a lower rate increase should the Federal government provide firm commitment to fully fund CSR payments in 2018 in a timely matter.”

This is a pattern we’ll see repeated across the country– insurers either raising premiums or exiting the marketplaces altogether– unless Trump and the Republicans stop threatening to blow up these subsidies. And ironically its Trump voters who would likely suffer the most. The way the ACA is structured, people with incomes below 400% of the poverty line are mostly protected from big premium increases– it’s people above that 400% cutoff, who are more likely to vote Republican, that would be paying more.

“The failure of the administration and the House to bring certainty and clarity by funding CSRs has caused our company to file a 22.9 percent premium increase, rather than one that is materially lower. That will impact hundreds of thousands of North Carolinians[…]

“The effect will be the same across the country. Rates will be materially higher if CSRs aren’t funded.”

Next post: An American Health Care Act explainer: what it does, the few who will benefit, and the millions who will lose coverage

Previous post: The ACA was on track for its best year ever… until Trump took office