Warning: Use of undefined constant wp_cumulus_widget - assumed 'wp_cumulus_widget' (this will throw an Error in a future version of PHP) in /home/customer/www/whatifpost.com/public_html/wp-content/plugins/wp-cumulus/wp-cumulus.php on line 375
 A note to progressive critics of reform
≡ Menu

A note to progressive critics of reform 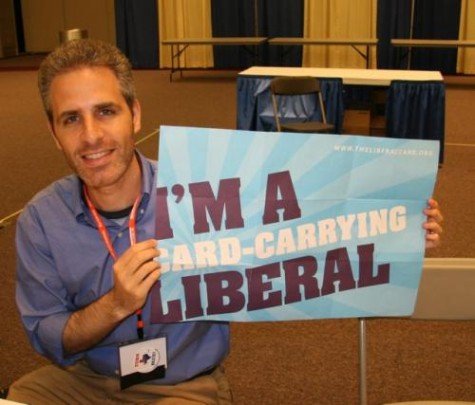 Author David Sirota has been a vocal critic of health reform from the left.

Back in March, we posted a list of new rules for talking about health reform. They were aimed at conservative critics, who we asked to stop using inaccurate descriptions like “government take over of health care,” “job-killing,” and “budget-busting,” unless they could back them up with actual facts.

We’d like to add a new inaccurate phrase to the list, this one for progressive critics of the new law: “a blank-check TARP-style bailout for the health industry.”

In a recent article for the website Salon, David Sirota outlines the thinking of some progressives:

On one side were the drug companies, the insurance companies and President Obama — the latter who had not only disowned his prior support of single-payer healthcare but had also worked with his corporate allies to actively undermine a modest public insurance option. On the other side were progressives who opposed any bill which further cemented the private insurance industry as the primary mediator between doctors and patients.

Now, we’ve been as critical as anyone of the insurance industry and its role in the U.S. health system. If the choice were simply between subsidizing the private insurance industry or not, that’s a no-brainer– of course we shouldn’t. But that wasn’t the question facing progressives.

Single-payer had no chance of passing this time around (fewer than 100 reps went on record in favor of single payer in the House and Bernie Sanders was the only sponsor of the Senate single payer bill). The public option or a Medicare buy-in didn’t work without the system of subsidies and regulations for insurance companies. And so, the real question was this: is it worth subsidizing the insurance industry to provide coverage to over 30 million more Americans?

Division on the Left

For many progressives, the answer was yes– a health system that relies on private insurance is far from ideal, but expanding coverage to tens of millions of Americans who have pre-existing conditions or who can’t afford it on their own is the most important thing.

The opposing argument from some critics is that having private insurance is no better than being uninsured. For example, Sirota points to a recent study out of Arizona:

After taking age, income and health status into account, simply being insured does not lower the odds of accruing debt related to medical care or medications. In addition, says University of Arizona College of Pharmacy research scientist Patricia M. Herman, ND, PhD, who directed the study, medical debt is a separate and better predictor of whether people will delay or forego needed medical care than their insurance status.

“On average, insurance coverage in Arizona is not protecting families from experiencing medical debt,” Herman says. “From other studies we knew that paying medical bills is a problem for a substantial portion of both insured and uninsured Americans. This study helped clarify that the fact of medical debt is an additional and larger barrier to getting needed health care than whether a person is insured or not.”

Sirota cites a couple other studies he says point to the same conclusion– people with health insurance are just as likely to face medical debt and to delay care as those without insurance.

Immediately we wondered, well, why? Why does anyone have health insurance if it offers such little protection?

It was explained in a part of the Arizona study’s press release that Sirota failed to quote:

Among the implications of the findings, Herman says, are that health insurance should be portable, universally available, or both, so that families do not experience coverage gaps, and that serious efforts are needed to reduce large out-of-pocket costs to insured patients, to reduce medical debt.

Really then, it’s not whether or not individuals have insurance, it’s whether or not they have good insurance, and whether they can get coverage when they’re sick or out of work. The Affordable Care Act addresses that:

Another gap in coverage for many people is high out-of-pocket costs. We agree with Sirota’s point that the caps are probably too high, but we also agree with Nate Silver of fivethirtyeight.com:

We can debate whether $9,000 for a family earning $54,000 is “affordable”; what we know is that it’s a hell of a lot more affordable than the status quo, under which the family might have to pay more than twice as much to receive equivalent coverage. [Silver also points out that in most years the family would be paying closer to $4,000– $9,000 is the cost if they max out their coverage for the year due to serious illness.]

What about the public option?

Critics of reform also question Obama’s motives, and their smoking gun is the public option. If health reform isn’t simply a give-away to insurance companies, they ask, why didn’t Obama push harder for it?  Their answer: Obama was simply doing the bidding of his corporate backers by killing the public option.

Let us offer another possible explanation. Maybe the public option wasn’t the most important part of health reform.

Now, we can’t read President Obama’s mind, but it is possible that he decided that it wasn’t worth jeopardizing passage of the entire reform bill– the biggest expansion of coverage since Medicare and Medicaid– a bill that needed every Democratic vote in the Senate (including people like Joe Lieberman, Ben Nelson, and Max Baucus) and nearly every Democrat in the House (including some conservative  Blue Dog and New Democrats).

Again, if Sirota and others want to argue that we could and should push for better reform than the Affordable Care Act, well, we’re 100% on board. If they say we should still push for a strong public option, or that single-payer would provide better coverage to more people for less money… they’re right.

But to argue that health reform was not a major accomplishment, that millions of people won’t be much better off–it’s simply not true, whether it’s a conservative or a progressive saying it.